Why having an unusual name is a good thing 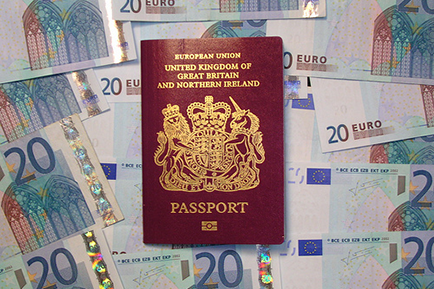 Do you have an unusual name which people often remark on? Gone are the days when every baby born was called William, John, Mary or Elizabeth. 21st parents are much more adventurous when it comes to naming their offspring. A recently released list of baby names given to newborns in Scotland in 2018 revealed some unusual choices such as Destiny-Dior, Odin, Fox and Berrie. Although you might think that an unusual name sets you up for a life of saying “Berrie, with an ie not a y”, there are some advantages too. This is certainly the case when it comes to applying for a basic DBS check.

Our name is the most common piece of information used to identify us. The obvious benefit of having a very uncommon name is that you can’t be mixed up with anyone else. It’s hardly likely that there are two people living in your town called Hermione Anastasia Shufflebottom, for example. However, and especially in large cities such as London, there might be dozens of people called Paul Jones, Mary Williams or John Woods. The first step of any DBS check is confirming exactly who you are. Show your passport, driving licence and other identity documents to your employer, who ticks the box to say that your face matches the pictures. The next step is for the DBS to run checks against the information held on the police computer. And this is where there is the potential for confusion if there are lots of other people floating around with the same name as you.

Most of the information held on the police computer is accurate. However, any database relies on humans to put the data there in the first place. Mistakes happen. It’s easy to see how a crime committed by someone with the same name as you, who lives in the same area, could be tagged under your name rather than theirs. This can also happen if someone has the same date of birth of you, and a similar name. In every day life, mistakes like this won’t cause you problems. However, if you apply for a DBS check, you might find information on the certificate which doesn’t belong to you.

Make sure that you give your full name when filling in the DBS form, not just first name and family name. List also any previous surnames you’ve used. If your certificate shows information which you are sure doesn’t apply to you, then challenge it. Call the DBS and flag the error up. The police won’t just take your word for it though. You’ll need some sort of proof that it was another Michael Smith who is the thief, not you. The easiest way of doing this is to give your fingerprints which can be compared against those on record. Alternatively, if you have some sort of concrete proof that you were out of the country at the time of the crime, that could be accepted too. Keep your employer updated with how you’re getting on – this process can take quite a while to sort out.